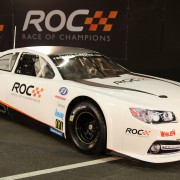 The NASCAR Whelen Euro Series cars will be among the vehicles selected for the annual Race Of Champions for the sixth consecutive time and the new 2016 NWES car will make its racing debut at the Olympic Stadium in London, in the hands of some of the best drivers in the world.

“We are proud of this selection and we thank Fredrik Johnsson, Michele Mouton and their team for their confidence. Our cars have proven through the years they can race everywhere : from the biggest tracks like Monza or Daytona to the twisty and narrow ROC stadium tracks. They are pure racing beasts fully dedicated to provide great fun to drivers and fans.” said Jerome Galpin, President – CEO of the NASCAR Whelen Euro Series.

The tradition of the Race Of Champions dates back to 1988, when the first edition took place in Paris, and during the years has brought the best drivers of the world – including multiple-time NASCAR Sprint Cup Series Champions Jeff Gordon and Jimmie Johnson – to race at the wheel of a variety of cars all over the World, from Gran Canaria to Beijing. The sixth consecutive selection for the EuroNASCAR cars demonstrates once again their unique character and the ability to provide huge entertainment for every kind of driver, from beginners to world champions.

Drivers announced for the 2015 Race Of Champions: 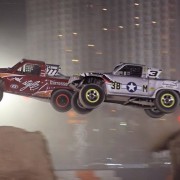