A new, ultra-spectacular motorsport discipline is coming to Europe: the XTREME SHOW will feature beasty 450hp American pickup trucks battling in a unique competition, which will unfold on French rally super-stages and rallycross tracks from spring 2016. The trucks will engage in timed chase duels, following the « time attack » rules. The XTREME SHOW will also feature a big « circus » consisting of a DJ, Pompom girls and other attractions to deliver fantastic entertainment for the whole family.

With 25 years of experience in motorsports and an international status, particularly as the creator of the famous European NASCAR Series, Team FJ Group, in cooperation with Red Style Events, and with the support of the FFSA, Yacco and the Michelin group, launched today the XTREME SHOW, a new competition concept, combining Rally, Rallycross and Super Trucks.

“The XTREME SHOW will be ultra-spectacular and exciting, it is the Super-cross of auto racing,” says Jérome Galpin, President of Team FJ. “We have developed 450-horsepower Super Pickups, able to power through any terrain, take on jump ramps and handbrake corners. Their handling is incredible and they’ll delight the fans with big slides and a V8 soundtrack. We chose this format because pursuits are spectacular and accessible for drivers from all disciplines: rally, track, off-road, or even motorcycles”.

« Yacco is delighted to be associated with the birth of a new discipline in France, which brings together rally and rallycross, two forms of motorsports very important for Yacco. The XTREME SHOW brings an additional show dimension that will delight all types of fans. We are also very pleased to offer this unique experience to our guests « says Eric Candelier, Sales and Marketing Director of Yacco.

Team FJ will be responsible for the preparation of all the XS TRUCKS that will be 100% identical in terms of technical specifications and setup. The drivers will take turns at the wheel and compete on either one or the other XS TRUCK, liveried with their partners’ colors. This unique system allows to propose unbeatable budgets, with driver packages for this inaugural season starting from 3.750,00€ excluding VAT per event and the 6 events of the season from 21.500,00€ excluding VAT.

As an element of further engaging innovation of the concept, the XTREME SHOW Trucks are equipped with two seats and guests – journalists, partners or spectators – to take part in the event from the passenger seat and experience the race inside one of the Trucks.

The festive atmosphere will be animated on the track and in the XTREME SHOW paddock thanks to Pompom girls, DJ sets and live entertainment. Spectators will have free access and will be able to approach the cars and meet the drivers.

“Thanks to Team FJ, I was the first European driver to participate in a Super Truck race and I finished 3rd in the Las Vegas Final. I loved the experience and the concept,” said an enthusiastic Anthony Gandon, Red Style Events executive. « So I did not hesitate a second to fully commit to this project as a driver and in the organization, with my sporting events company Red Style Events. This is a great opportunity for my young company to be associated with the experience of Team FJ and develop this concept together, for the delight of fans and drivers. «

The first XTREME SHOW event will be held on March 18 and 19 in Le Touquet, on the Waterfront super special stage, in the context of the 56th Rallye du Touquet Pas-de-Calais. The XTREME SHOW will perform in France at prestigious events such as the Lohéac World Rallycross on September 3 and 4 or the Tours Speedway NASCAR races on June 25 and 26. The complete 2016 calendar will be unveiled soon.

XTREME SHOW – How It Works : 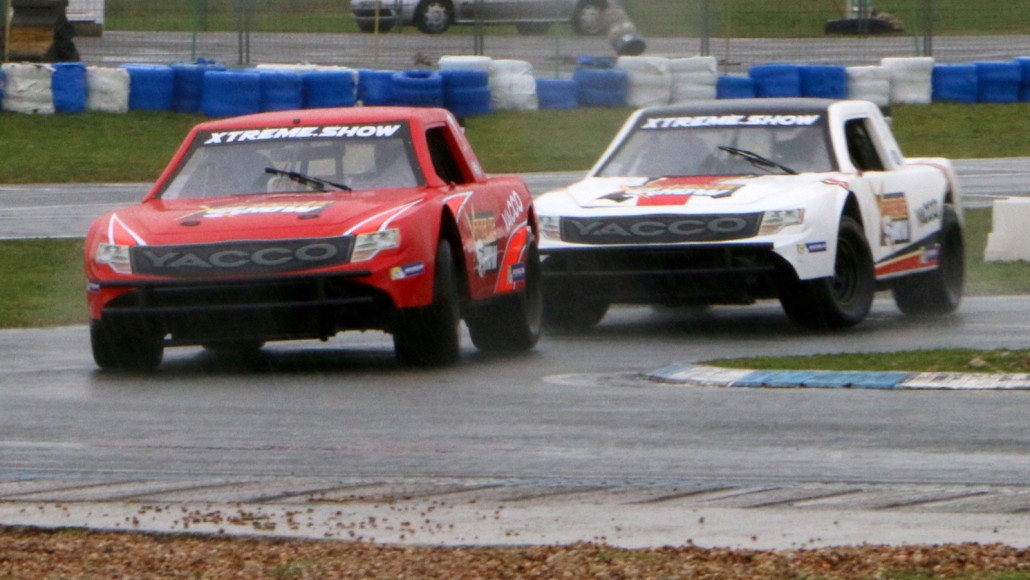 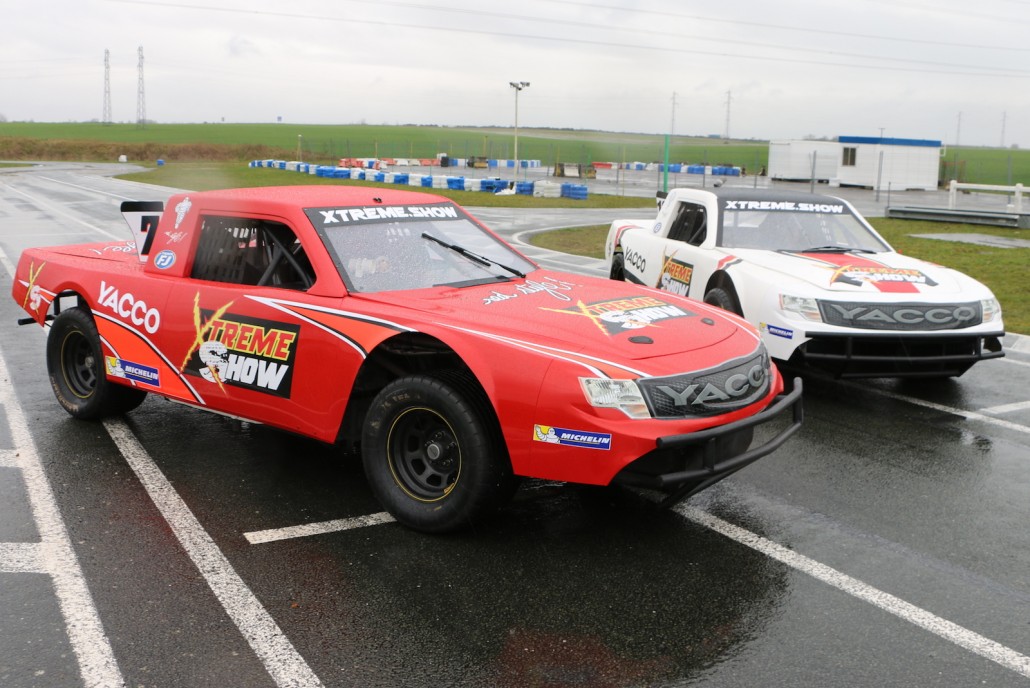 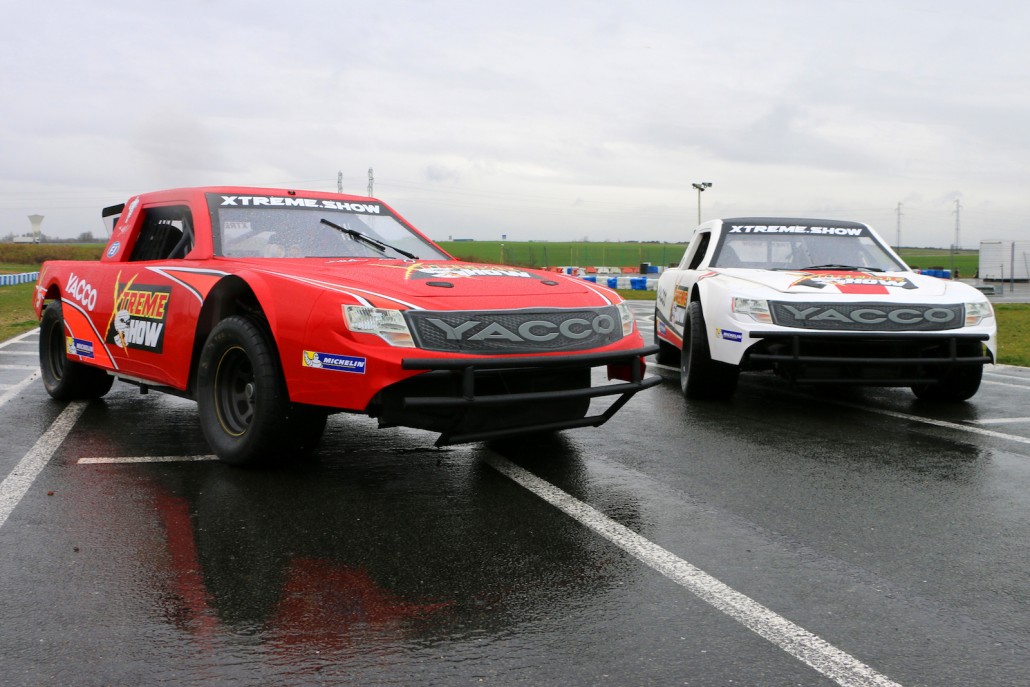 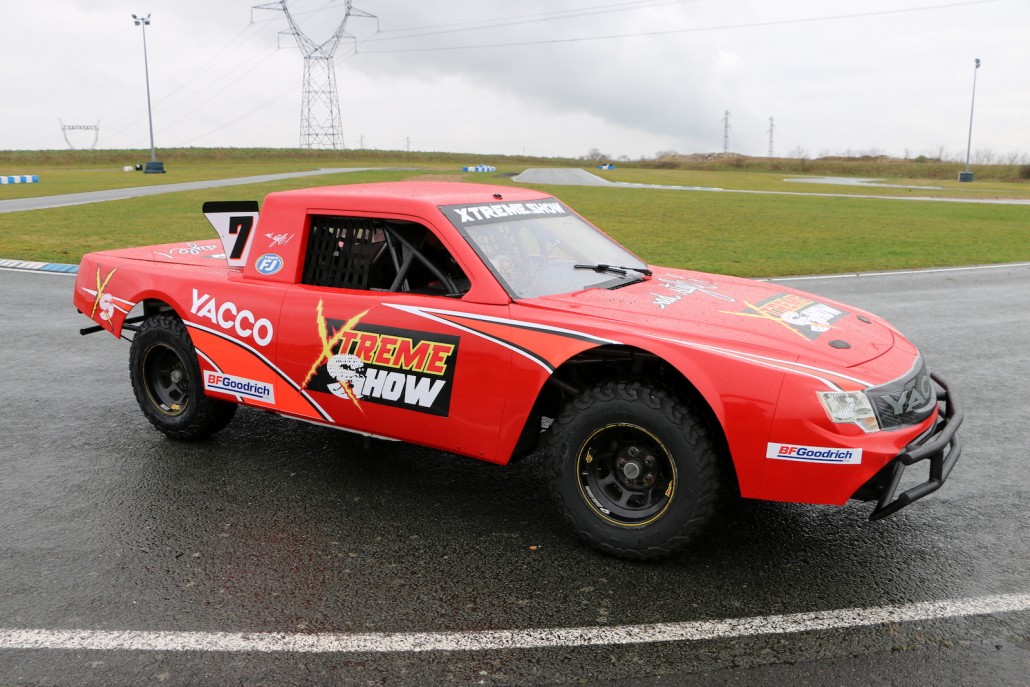 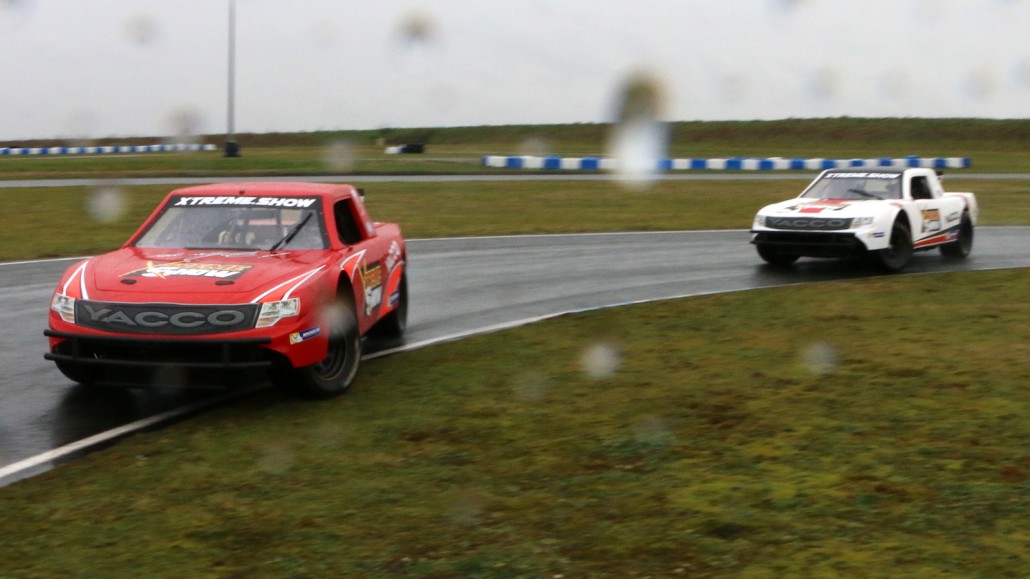 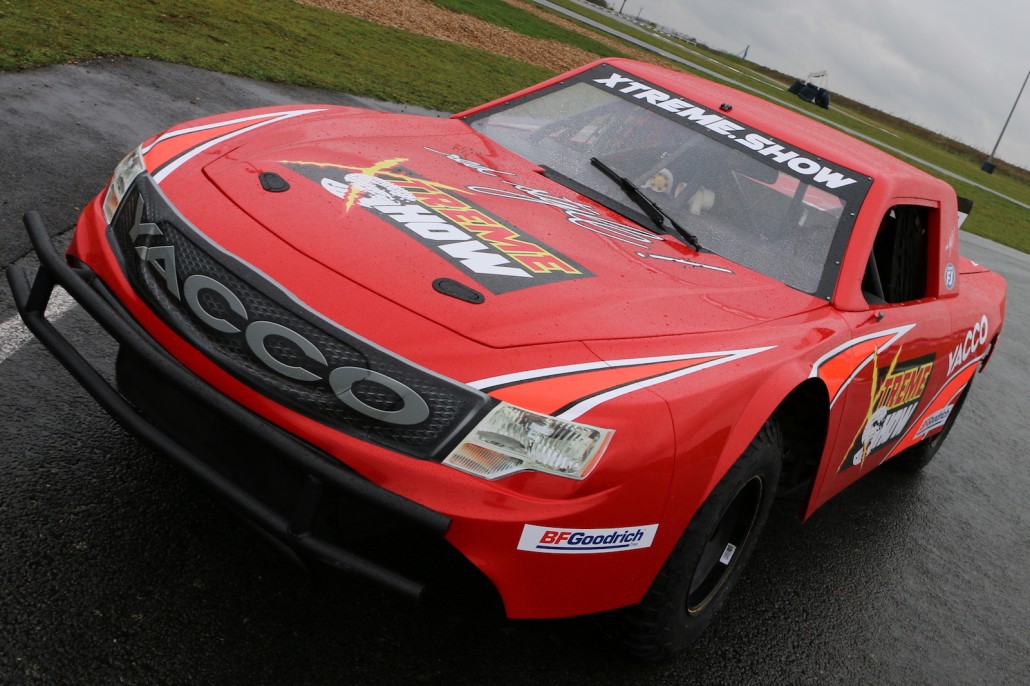 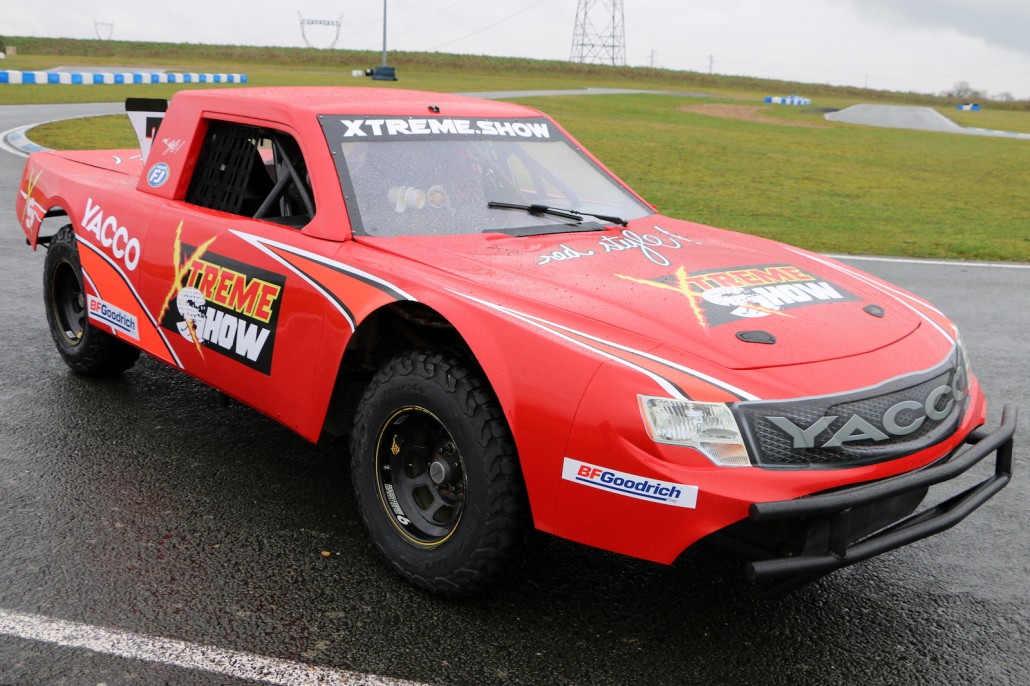 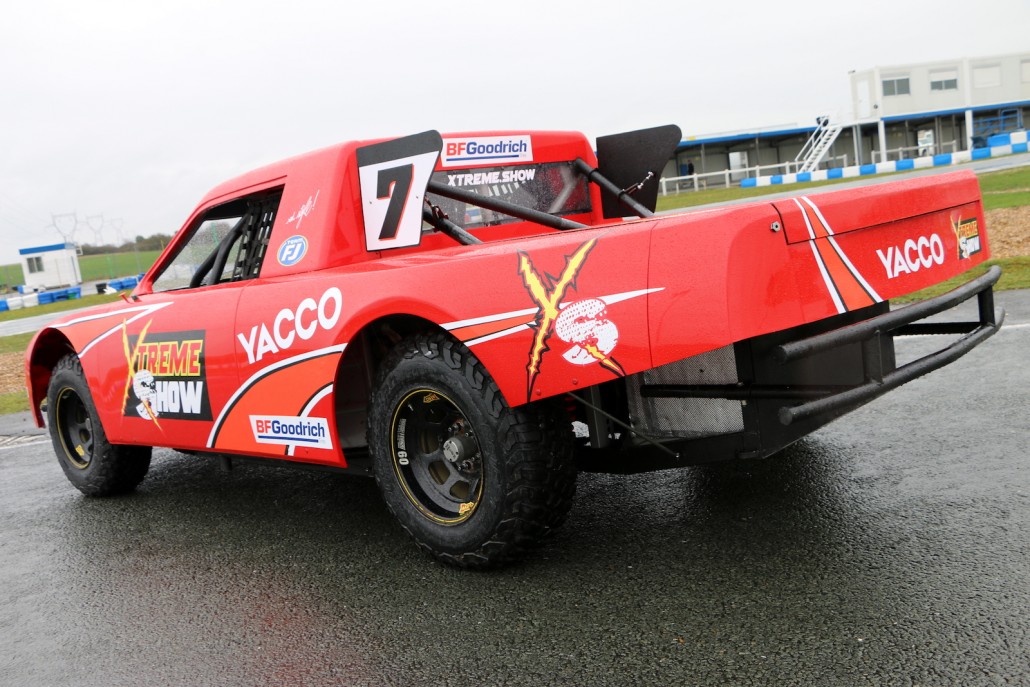